Should I Get My Pokemon Cards Graded?

If you’re new to the world of grading Pokemon cards, it can be tricky deciding whether it’s worth submitting your cards.

There are so many factors at play!

In this guide I’m going to discuss the key considerations, which hopefully, will help you decide whether you should get your Pokemon cards graded.

How to Decide Whether to Get Your Pokemon Cards Graded

These days, the majority of chat around Pokemon cards is focused on money. So let’s actually start with a factor that I believe is more important…

That is, sentimental value.

Whatever the scenario, getting a card graded because it has meaning to you is by far the best reason in my book!

Like many, I unfortunately didn’t keep my original Pokemon cards in the late 90’s.

But I was fortunate enough to get back into the hobby in 2015, when Pokemon Go reignited my interest.

The cards that I picked up then, meant as much to me, if not more than the ones I owned as a kid.

This time round I truly appreciated them!

And I can’t tell you how satisfying it was to send them off, grade them, and forever encapsulate them.

So if your considering grading cards that mean something to you, my two pennies worth is that you absolutely should.

Don’t worry about the condition, forget that frayed corner. It doesn’t matter.

That’s your Pokemon and it deserves the special treatment!

There’s no denying, in most cases, adding value is the primary reason for grading cards.

But how do you set yourself up for success at a time where basic grading services take many months, if not over a year?

Here are a couple of key pointers to follow to ensure the value outweighs the cost:

Educate Yourself on Grading

The difference in value between a PSA 9 and a 10 can be huge.

By understanding the subtle differences between the two, you’ll be able to carefully analyse what your card/s are likely to achieve.

Combine this with research from eBay, by looking at the ‘last sold’ price of your card in the grades you think it might get.

From here you’ll be able to estimate any profit potential should you decide to sell. 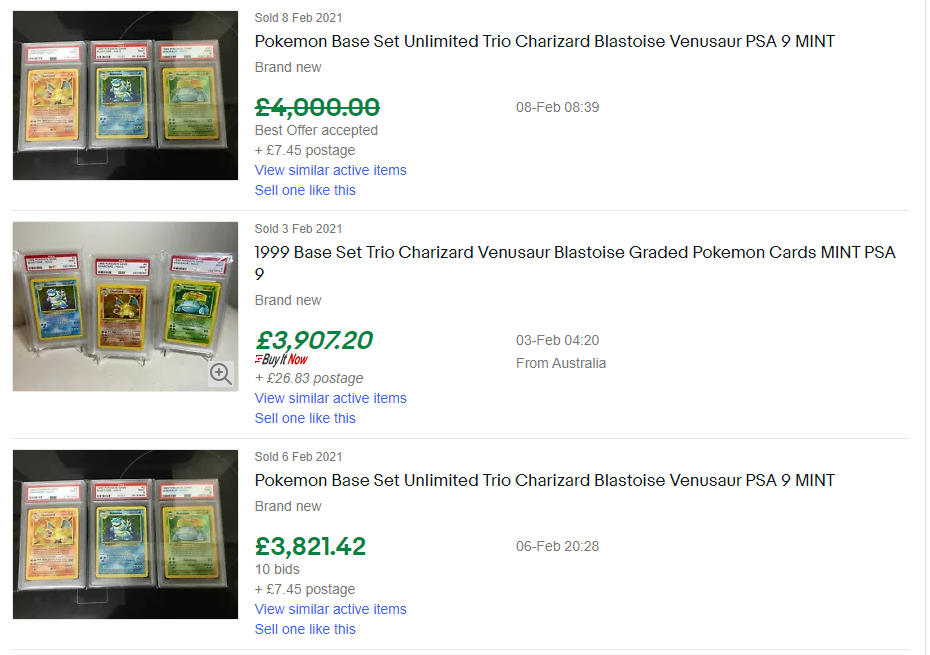 *It’s worth noting of course, prices change all the time, but this is still the best indicator you have.

By going through the process above, you’ll be able to work out whether it’s viable to submit your cards for express grading – which of course costs a fair amount more.

For many people, it’s a race against the clock when a new set comes out…

They invest heavily at launch, submit for express grading, and sell on eBay for a whopping premium not long after.

As more of these new cards flood the market, the price drops as the graded card populations grow quickly.

If you’re in it for the money, which I don’t begrudge you for if you are, this is the way to turn a profit on modern Pokemon cards.

What About Older Pokemon Cards?

It’s common knowledge that the earlier you go, the more value there is to be had.

Even common cards from Base Set can go for decent amounts, providing the grade is high.

But if you want to take advantage of increased levels of demand in the market (like a Pokemon anniversary), only express grading can get your cards back in time.

Otherwise, if you’re looking to hold your cards long-term (like me), there is great value to be had in just waiting for the basic grading service. 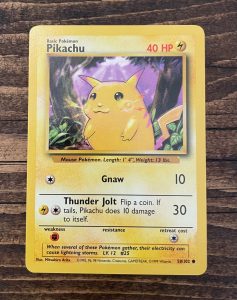 Even if it takes my Base Set Unlimited Pikachu two years to come back, it doesn’t matter! That little guy is always going to hold a nice value.

At the time of writing, I’ve got hundreds of early Wizards of The Coast cards at PSA.

Of course I’m eager to see them again, but I’m in no real rush. As each year goes by they get rarer and rarer, and the value goes up and up.

If you think Pokemon is going crazy for their 25th Anniversary – think what it will be like when Pokemon turns 50!

What About Modern Cards?

When you open modern Pokemon cards, it can be tempting to want to grade your best pulls.

There is absolutely nothing wrong with that! I do it all the time.

Just remember though, everyone has the same idea.

And there is plenty of supply in the market.

It may seem like it’s super hard to get your hands on modern releases, but Pokemon always has the ability to print more.

This happened recently with one of the most popular sets of recent times, Hidden Fates.

So of course, the greater the supply, the lower the values.

If you’re grading modern cards because you love the artwork, love the Pokemon, and simply want it in your collection, absolutely go for it!

But if you’re doing it to turn a profit, unless you can bring the cards to market incredibly quickly, your venture won’t be as successful as you might think.

It’s always good to give an honest reality check, so there it is!

In conclusion, should you grade your Pokemon cards?

There are many reasons why you should!

But don’t forget, a good old fashioned binder set is a great option too.

Or what about some Pokemon card wall art?

This is what I created for my office… pretty cool right?!