How to Tell What Pokemon Cards You Have

If you’ve rediscovered your old Pokemon cards, you’re probably wondering how much they’re worth!

Well, it all starts by identifying exactly what cards you own, and what set/s they belong to.

In this handy guide I’m going to explain just how to do that, and then provide you with some useful resources for valuations and selling. 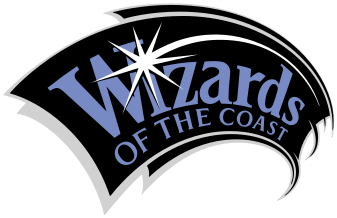 In the early days of Pokemon from 1998 to 2003, printing and distribution was handled by a company called Wizards of the Coast – ‘WOTC’ for short.

Sets within this era are by default the oldest, and tend to be the most favoured among collectors.

Chances are, if you’ve found your old childhood binder, it’ll contain cards from this time period.

Wizards of the Coast Sets

Below is a list of the 18 sets released during the WOTC era:

How to Identify What Set Your Pokemon Cards Are From

Every set of Pokemon cards (except one) has a unique identifier on it. This is called the ‘expansion symbol‘.

Each symbol corresponds with a particular set, which is how you can determine which set your card belongs to.

The only set that doesn’t have an expansion symbol, is Pokemon’s very first which is of course Base Set.

For a complete list of sets and symbols, see here.

Now that you can sort your card by set, you’re also going to want to assess if you have any hidden gems in your collection.

Below is a list of important features to look out for, which may indicate more valuable items.

If you see the stamp below on your cards, it means they’re first edition, and from the very first print run of that particular set.

As you’d expect, these are very sought after and valuable. 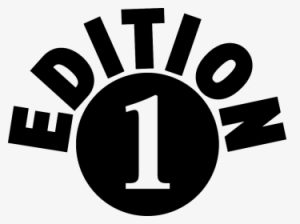 From the WOTC era, the following sets have 1st Edition print runs:

You’ve probably heard the term ‘shadowless’ banded around quite a bit.

If you’re unsure what it means, it relates to the first print run of cards from Base Set.

As you can see from the card below, there is no shadow down the right hand side of the Pokemon’s artwork. 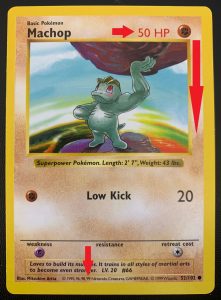 Although shadowless cards are not first edition (as these have the 1st edition stamp), they are still pretty rare and valuable.

Remember, these cards only exist from Base Set, but do play close attention to your collection to see if you have any.

It goes without saying that holographic cards are generally more valuable than non-holographic.

But there are also reverse holographic cards to look out for too.

These cards showcase a fireworks design on the foil, that look like they’re going off when the card is moved from side-to-side. Very cool!

Of course they’ll be easy to spot if you have any in your collection, but I thought it’s worth mentioning as these cards are highly sought after by collectors.

Another aspect to be on the look out for are ‘secret rare’ cards.

One of the most well-known is Dark Raichu from the Team Rocket set, as this was the first ever secret rare released.

It’s one of my favourite artworks of all time, and truly an iconic card!

But there are also highly valuable secret rares from Neo Revelation, Neo Destiny, Aquapolis and Skyridge.

If you own any of these, again, they’re highly sought after and pretty darn rare…

A List of Highly Desired Secret Rares from the WOTC Era

Lastly, you’ll want to be on the lookout for misprint and error cards.

However, this handy resource can help you cross-reference them with the cards you own.

Condition and value go hand-in-hand, so it’s important to be realistic about your expectations.

Unless kept unopened, cards from 20+ years ago tend to have imperfections.

This can take the form of scratches, whitening round the edges, creases, bends and dirt.

Collectors may pay premium for card rarity, but the real premium is in the card condition.

Many people rediscover their old cards, thinking they’re worth a fortune because of media hype, but the reality is, they’re not!

There isn’t a shortage of old Pokemon cards, but there is a shortage in mint condition.

If you do possess minty cards, then you may be on to something!

I don’t want to devalue what you have, the nostalgic value is through the roof in my opinion!

But I hope you’ll see this as a fair assessment, which will help you when trying to assess the value of your cards.

Thanks for reading, and feel free to check out some of these additional resources below: